The Mapping Wiki
Register
Don't have an account?
Sign In
in: Mappers, Polish Mappers, Janisław, Mappers from 2018

This page is also available on Polski Mapping Wiki.

Janisław, formerly known as Janisław.BALL, is a Polish mapper with over 6,000 subscribers on YouTube. He is in Grevislan Team. He also has a gaming channel called Jachu. He belongs to the Grevislan Team.

His real name is Jan, and was born on March 3rd, 2004. He currently resides in the vicinity of Puck (10-12 km. From the city, he does not want to specify exactly where he lives) and is learning in the same city. He currently goes to a vocational school - Locksmith, he is in the first vocational class. Janek has siblings of three older sisters (he is the youngest of his siblings), two of them have already started their own families near their family home.

Janisław discovered countryballs through "Radon86", someone who created SpeedArts from countryballs. Janisław is not sure how exactly he discovered mapping, but he probably discovered mapping for the first time in elementary school through Netryno Mapping's history of World War II. He became more interested in mapping at the beginning of the 3rd grade in junior high school when he became a fan of Turtle HD Mapping and his APE S1 series. After watching a mapping tutorial, he decided to create his mapping channel called Mapping Janisław. On the same day (October 13th, 2018), he wanted to start his APE series, unfortunately, when trying to create a second episode, he accidentally deleted all of his files. When trying to make the second season it happened the same. Janisław was about to give up, but he found a desire to revive the channel, and so on October 25th he made the third, and first successful attempt to continue his career.

After uploading his first episode, he met Bartodziej Mapping who helped the new creator get a few fans by adding an information film to his channel, asking for help for this time of the new mapper - Mapping Janisław. Janisław got a proposal from Bartodziej to join a group on Facebook which also included: DroneQi and Fakofej HD Mapping. He met his first mapping friends in this group.

Currently has on its channel movies with APE s1, s2 and s3, AHE (1914), SpeedArt, animation films, and a few additional movies. His most popular film is: The History of World War II in Countryball's part 1 which collected (on Jan 3, 2020) almost 100,000 views. His best period (in terms of subscription increase) lasted from April to September. During all this time he managed to get about: 3200 subscribers (now increments from 1000 subscriptions / month fell to + - 300). Channel views from month to month increase at the same rate. On Jan 03. 2020. channel reached 870k views and 5464 subscriptions. 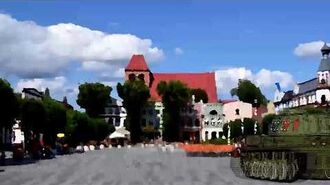 DroneQi, Bartodziej and VConorV on the discord server "Dronizja" decided to create in January 2019. a mini group called Grevislan, that's what their friendship was called. Today, Janisław is perceived as one of the four founders of GV, which is not true, because he was added in mid-February and the real founders are the mappers listed at the beginning.

Community content is available under CC-BY-SA unless otherwise noted.